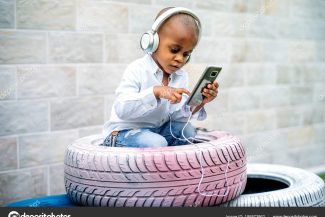 Have you ever heard of Generation M? Well, technically, there isn’t one but it is occasionally used to indicate children of our times due to the amount of media they consume. Many homes today in Kenya have some media gadgets of some form; be it a television, a phone, a computer or a radio.

A report by SimeLab titled, Social Media Consumption in Kenya: Trends and Practices showed that more than 66% of Kenyans have participated in an online debate using social media platforms. This means that a clear majority of Kenyans have access to social media. If they do, it also means their children do too.

There is little research in African as compared to the West in regard to the impact of media on children but the results found there can only differ slightly from what might be found in Kenya or in Africa in general. Human development is more similar across cultures and contexts than it is different.

The current research has constantly indicated that a lot of television has adverse consequences on children’s health, behaviour, and overall achievement. When the TV is on, children are usually less able to concentrate on engaging and active place. Moreover, TV background noise can negatively affect the language development and thinking capacity of children as well are attention challenges later in childhood.

Many parents who use TV or phones as co-parents do not know this and might find such finding difficult to accept because of their consequences.

What about the amount of screen time that children get on smartphones? Most children use these phones to play games. What is the psychological research saying about this?

Young children who use smartphones for two or more hours a day tend to have ‘externalizing behaviours.’ This means that such children show higher than normal cases of poor attention, aggressive behaviour, tantrums, a higher risk of behaving badly and an inability to sleep long and sufficiently. In addition, they fail to fully master fine motor skills (skills that use the small muscles of the fingers, toes, wrists, lips, and tongue such as picking small objects) and also Gross motor skills (those that use the large muscles in the arms, legs, torso, and feet). They also show delays, if not a failure, in meeting other developmental milestones in problem-solving skills and language.

Based on the results of researches such as the above, the American Academy of Pediatricians (AAP) released guidelines in 2016 suggesting that children who are younger than two years should not be exposed to the media. Instead, they should be involved in an interaction with the real world; with people and things that make them be active in a hands-on manner. Since their brain is very immature in terms of thinking and understanding, infants learn best from caregivers than from media.

AAP goes on to suggest that children between the ages of 2-5 should be limited to one hour a day of high-quality content which they should watch together with a parent or a caregiver so that the children understand what they are viewing.

The AAP strongly urges parents and caregivers not to use mobile media to calm their children. The downside to this strategy of calming children is that parents can no longer control how often and for how long the child will use the gadgets and doing that prevents the child from growing in self-discipline and in control of their emotions.

So, what is a parent advised to do?

2. For older children, set a place and time for the media; e.g, no media in the bedroom.

3. Have a time where the whole family has no media and everyone chats and listens to the other.

4. Control how you use your media too as a parent; be fully there for your child.

5. Let your child not use any screen at least 20 min before bedtime.

Chiong, C., & Shuler, C. (2010). Learning: Is there an app for that? Investigations of young children’s usage and learning with mobile devices and apps. New York: The Joan Ganz Cooney Center at Sesame Workshop. Retrieved from: https://clalliance.org/wp-content/uploads/files/learningapps_final_110410.pdf