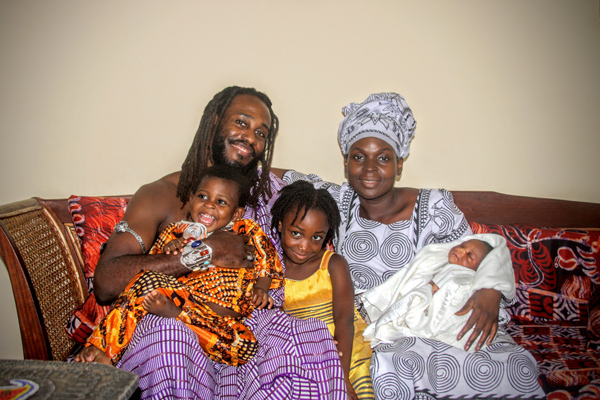 In the 1950s, two Psychologists, Harry and Margaret Harlow used to keep monkeys for their studies and they would separate infant monkeys from their mothers shortly after birth. Then they made a surprise discovery; in the cages that they were keeping the monkeys, there were soft blankets and every time the blankets were taken away to be washed, the infant monkeys would be distressed.

This was an important discovery because it contradicted the previous idea that infants are attached to those that nourish them with physical needs. To show this even more clearly, they created two artificial monkey mothers where one was a bare wire cylinder with a wooden head and a feeding bottle attached and the other was a cylinder wrapped in a soft cloth.

1. Human infants too become comfortable with caregivers who are soft and warm and who rock, feed, and pat. They become attached to the parents or caregivers who do so. It is this person that they will learn to listen and love.

2. Most of the emotional communication between infants and their parents occurs through touch which can either be arousing such as tickling or soothing such as rocking or snuggling. This “handling” of babies is closely associated with healthy brain development and overall proper maturity as seen in future behaviour such as academic performance and discipline.

4. Children have a need to be affirmed as they try to figure out who they are, what is good and bad and whether they are loved. Comparing them with other children or their siblings does not help them grow in a healthy manner. Instead, they start getting convinced that they are only as good as someone else. This can and does lead to personal dissatisfaction.

5. In connection with point 4 above, observe the little and the big positive things that they do and celebrate them. If you are not observing and celebrating the good, then do not criticize them always for the bad they do. It is a false idea that children who are praised for doing well become proud.

6. Remember that your children have inherited a substantial amount of their temperament from you or your spouse. Be patient with them as they start to exhibit behaviour similar to yours.

7. Understand that if at one point you did not want the child, it might show later in their behaviour. A study in Sweden showed that children whose parents had initially wanted to give them up for adoption but then decided to keep them tended to have anti-social behaviour later in life.

8. Children need words to think. If they do wrong, instead of shouting or acting out your anger, tell them why that was wrong. That will help them think and increase the chances of not repeating it.

9. Kids listen more attentively to the person they are more comfortable and familiar with; no matter who it is. At times, this is the househelp.

10. Kids who feel loved by their parents misbehave less.

11. It is easier to love a likable child and to treat less lovingly, a child with a less likable temperament. Do not fall into that temptation. iIt is not the fault of the child.

12. Spend time with your children and don’t be on the phone when you are with them. Moreover, understand that you have children with their own individuality so also spend time with each child and not just with them as a group. Children learn to love and listen to someone who spends time with them especially if that person is their parent.

13. I repeat here: physical touch!!! – hold your children; it is very important for the healthy development of their brain especially when they are still young.

14. Sleep is critical for the maturation of their brain. Let your kid not sleep for less than 7-9 hours of sleep! Children who do not sleep enough tend to be stressed out, dazed, irritable and with weight issues. Similar to adults.

15. Nutritious and balanced diet. Not psychological strictly but the brain won’t develop well if a child is suffering from malnutrition.